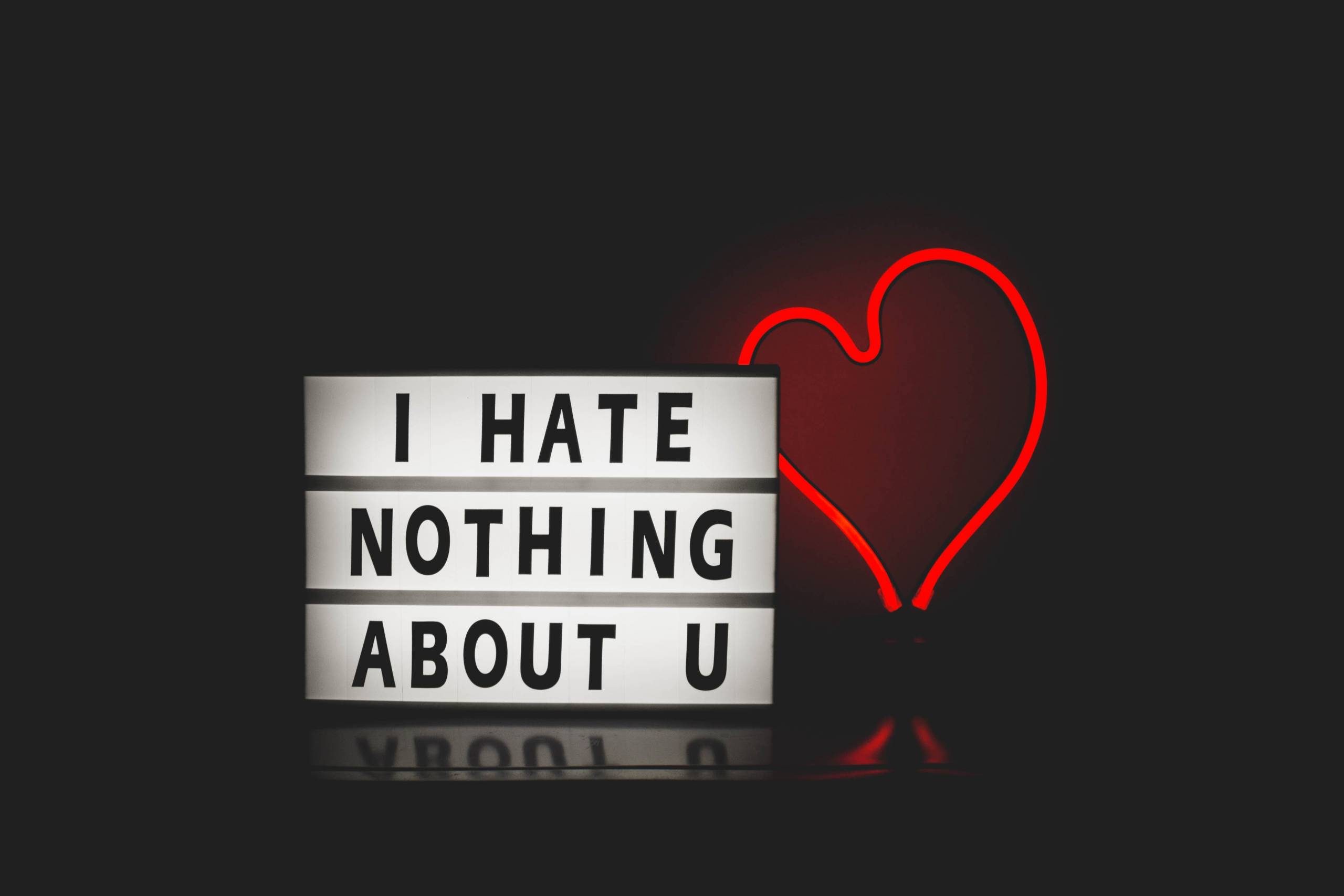 This writing is in memory of my Father, who—without knowing it— helped make me the man I am today.

When I was a young boy, my father seemed bigger than life, like most fathers seem to young sons. I looked at him in the same way that I imagine my son Jeremiah looked at me at that age—the Superhero—the towering giant who can fix anything, do anything, and make anything seem better than it is.  We see what we want to see, until we don’t.

Life took him away from me very early in my life, so we never got to have the kinds of deep conversations that my son and I have had. We never shared a beer together. We never ran a half marathon together, never traveled the world together, never went camping, never attended baseball or football games together.  My memories of him are very few, but I have one that will never fade.

I was about seven years old, and we were returning home from somewhere.  We were laughing when he pulled into the driveway. He was good at making me laugh. As we got out, and I looked at him over the roof of the car, all I could see was his head. My superhero dad seemed so small, with only a head and no body.  As I chuckled, I slammed the car door shut with my thumb still in the door.

Screaming at the top of my lungs, crying for him to fix it, I stood frozen, unable to move. What he did next remains forever etched in my mind.

Calmly and gently, but firmly, my father said, “JOSEPH — OPEN THE DOOR.”

At that point in my seven-year life, I had fallen, bumped, smashed, crashed, and broken quite a few objects and body parts.  On those occasions when I’d hurt myself, I’d had seen the alarm in his eyes, sometimes panic.  This time it was different.  His eyes were still, quiet, and wise, as if he knew that he was passing down an important lesson, from a father to his son.

Life guarantees that things will go wrong and we’ll get hurt. Sometimes in those moments, we freeze or panic. The lesson that my father taught me that day is, when those things happen, get calm, breathe—and OPEN THE DOOR.

My dad reminded me that I have the knowledge, the ability, and the strength to handle the situation. So, I did, I opened the door and I was free. Afterward, he walked me in the house, put my thumb on ice, and did what a good dad does, gave me a bowl of ice cream.  Then, we went to the doctor.  The thumb nail eventually fell off and, to this day, a small section on my left thumb nail doesn’t grow.  That’s just fine with me. When I feel stuck, it’s my reminder to get calm, breathe, and OPEN THE DOOR.

I was conceived by two people who Loved each other enough to deliver my brother and me into the world and create a family.  Out of his sons, I was my father’s favorite.  As it turned out, he and my mother discovered that they weren’t right for each other and chose separate paths.  It’s a very familiar story. Some in my family have suggested that my father was not equipped, not in the state of mind to be the best example for me. I’ll never know. He took the divorce very hard and was not allowed to see us after they separated.  My last memories of him were watching him sit in his car crying outside of our house.  Without my superhero father, I felt alone.

We moved every year.  My mother struggled alone on a secretary’s salary to raise two boys in Los Angeles, California.  Most landlords wouldn’t allow us to renew the lease, since most months we were late with rent. My brother and I never knew about that—her way of protecting us.

I ran away from home a few times. I thought, If I could just find my dad then everything would be alright. I hadn’t yet been told that he was dead.

The cause listed on his death certificate I would later find was suicide.

Alcohol and sleeping pills were apparently somewhat common during that era.  I found out three years after he died, when I was in ninth grade—again, my mother’s way of protecting us.

Although I was a decent student—passing my freshman year with a B+ average—I didn’t feel good enough, ever.  When I was fifteen, my mother dropped me off at the local police station.  From there, I was sent to juvenile hall and sent to live at a boy’s home for troubled youth, called at the time The Pacific Lodge Boys Home.

Woodland Hills, California was a strange place for a boy’s home.  We attended the local public high school, for some sense of normal life.  That worked in theory, but kids can be very cruel. We were referred to as “the Lodge Boys” by the other kids and reminded daily that we were not “normal” kids. Friends were hard to come by, unless they were from the Lodge.  So, most of us just hung out with each other, it created a bond between us.  If someone from school messed with a Lodge Boy-and they usually did—we all came running.

We called ourselves The Band of Wayward Brothers.

The daily schedule at the lodge was designed around individual counseling and occasional family group counseling sessions, with the eventual goal of reuniting each boy into his family unit. I knew I’d never be allowed to return home, that I’d live at the Lodge until I turned eighteen, alone, with no family, no tribe, and no one to belong to—a throw-away child no one wanted.  One minute you belonged to something—be it healthy or dysfunctional, it was your tribe, your family—and the next minute, it’s taken away.  You’re suddenly, unexpectedly, bewilderingly alone.  After losing my dad as a child, I felt alone.  Now I truly was alone and lost.

The multiple dorm residential facility had several counselors who worked and slept there during their shifts.  One of my counselors, Cane, was a social worker. He was a warm, laid-back surfer guy, and was always nice, Cane seemed to genuinely care and never judged us.  I was horrible to him. Most of us were. We were a group of angry, hurt boys, deposited in a home for troubled youth, who felt alone in the world.

Out of the hundred, or so, kids at the Lodge that Christmas, only two of us were not welcomed home to be with our family for the holiday. My friend Patrick and I wouldn’t be going home, which meant that our counselor Cane, who’s shift was that night, had to stay at the dorm with just the two of us, instead being of home for Christmas with his family.

Little did we know, Cane had asked, and was granted permission, to take Patrick and me off campus for Christmas.  We didn’t know what we were getting into, but it was better than being at the Lodge for Christmas.

“Cane’s Christmas Present Run”, visiting friends of his to exchange presents and Christmas wishes.  Not once did any one of them make us feel awkward for being there, even though they knew where we were from.  The day ended at his mother’s house with homemade Christmas dinner and all the fixings.  It was a real family dinner with lots of food and lots of people, none of whom made either of us feel left out or unwelcome. Cane and his mother gave presents to Patrick and me—no ugly sweaters or generic or cheap items—genuine gifts they put thought into selecting just for us. I had never known that kind of generosity.  I didn’t understand it.  I’ll never forget that day for as long as I live.

When he brought us back the next day, I asked him why he was being so nice to me.  He said,

“My job, Joe, is to Love you enough, until the day comes when you are able to Love yourself that much.”

I have never forgotten his words, though I didn’t know what that meant at that time.

My life changed that day. I have had my ups and my downs.

I’ve been homeless to homeowner. Not an easy task in California.

Poor and broke, to not having to worry about being evicted.

A 15-year-old throw away child to a sitting Board Member of the San Diego Center for Children I affectionately call The Pacific Lodge Boys Home South.

A lost boy, to world traveler, knowing now that not all those who wander are lost.

And now new author of a book titled “You Matter, even if you don’t think so” that will be published next year.

To the next generation of Wayward Brothers and Sisters, or anybody who thinks they are stuck and frozen, here is what I have learned along the way. I hope it helps you.

OPEN THE DOOR AND SET YOURSELF FREE!

If this helped you, spoke to you, or made you think of someone who needs to read this please leave your comments and/or share it.