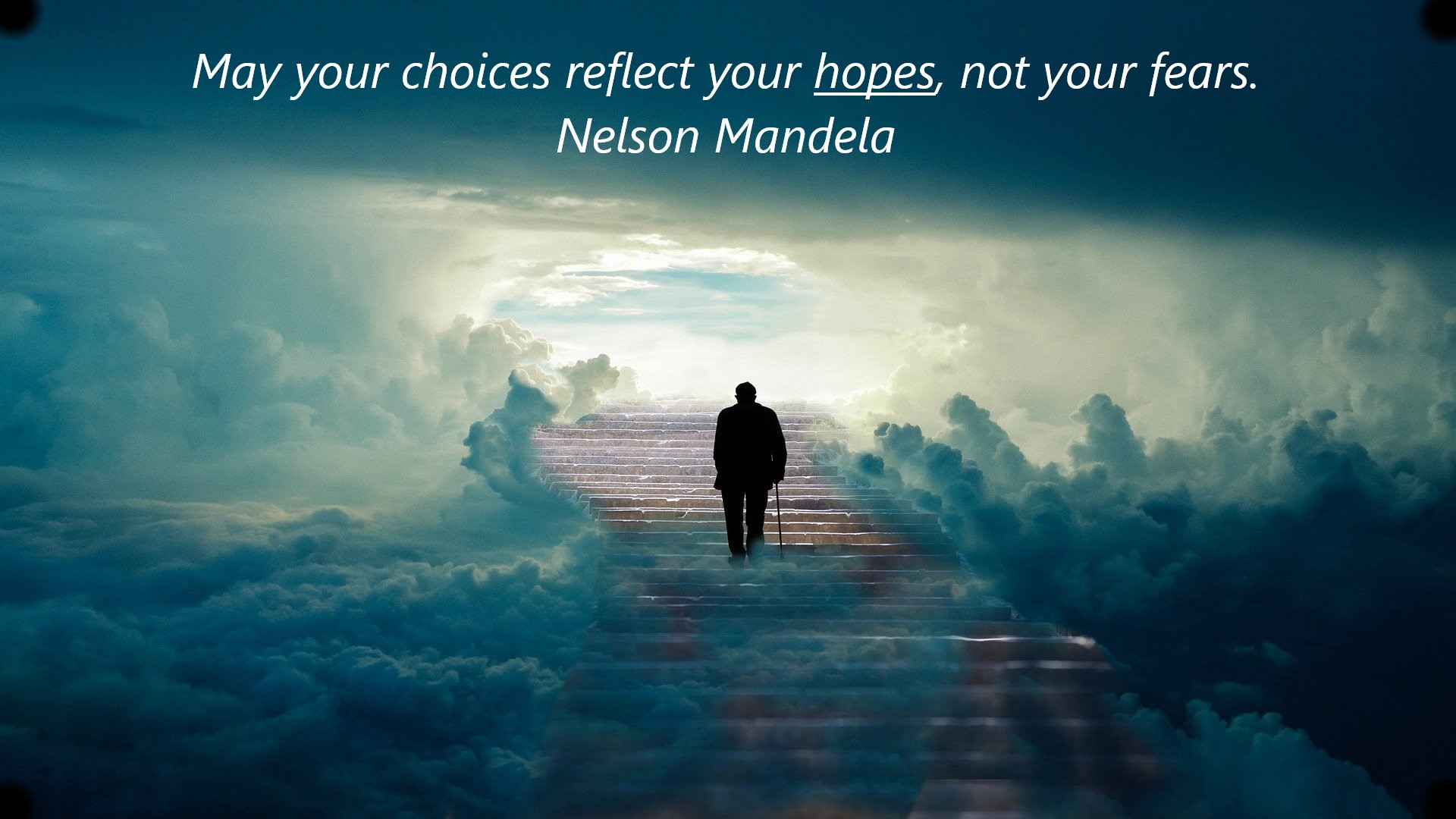 Approximately 800,000 people die by suicide every year, one person dies every 40 seconds. The World Health Organization’s (WHO) first report on suicide prevention, Preventing Suicide: A Global Imperative, states that suicide is a global phenomenon occurring in all regions of the world. Suicide was the second leading cause of death among the 15-29 age group globally in 2016. But, behind these alarming numbers, remember that suicide is preventable! This article will hopefully help you and the family and friends around you recognize the signs of suicide and the methods that can help. 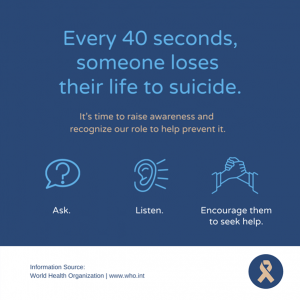 What you need to know about suicide

1. If I ask someone around me if they have any suicidal thoughts, will it trigger them to commit suicide?

This is a very important issue and one of the biggest misconceptions the public has about suicide prevention. If you don’t have time to read this article all the way through, just remember one thing: no research proves that discussing suicide will trigger suicide. Asking the person if they have suicidal thoughts and discussing them further is one of the best things you can do to prevent suicide.

2. Some people say that suicide is just lip service and that they will not actually commit suicide.

Most people who commit suicide have hinted to a friend or loved one that they are going to kill themselves before they do so. So don’t take any sign of suicide lightly. Whether it sounds like a joke or a casual remark, it’s a sign to ask for help.

3. Suicide is a sign of cowardice and selfishness, lack of respect for life, and lack of consideration for family members.

Such an idea is a misconception about suicide at a societal level. Different people have different reasons for committing suicide, but in most cases, they can no longer bear the pain of life and believe that suicide is the only way to stop hurting at the moment.

The process of suicide torments even the most desperate and depressed people, whether to choose life or death? Sometimes it’s a matter of thought, and this tangled process provides the window for intervention. Who has not experienced a certain stage of darkness and helplessness in their lives?

4. People who want to commit suicide cannot be stopped?

An article, Why must we stop people who want to commit suicide, trended on social media. Written by a netizen who once tried to commit suicide and fortunately was prevented by his brother, who came home early.

She is 5’7” tall, has been practicing tennis for ten years, is a national-level athlete, and has a privileged and smooth life. Unfortunately, a car accident killed her boyfriend and left her with a lifelong disability in her left arm (she is left-handed), so she had to practice again to dress and eat. She was so despondent that she thought of suicide.

“The moment I drank the pesticide, I regretted it, and luckily, my brother, who had originally planned to take the train, flew home early.”

“When you want to kill yourself, no matter what way you use, at the moment you put it into action, you will regret it. It’s at that moment you understand we can solve any problem, but by then it is too late.” She uses her personal experience to tell people they must stop suicide because the moment they commit suicide, they will all regret it.

How to identify suicide signals

As we mentioned in this article, in most cases, a person who plans to commit suicide will release suicide signals before committing suicide. Then, how to recognize these suicide signals also becomes the most important step in suicide prevention.

We have summarized the following ten signs of suicide from the American Psychological Association and the Help Guide organization.

How to communicate with suicidal people?

Ideally, it is most effective and reliable to seek professional help if you are suicidal. Some studies show that 70% of suicides occur at home. What is the first step we can take as friends or family members?

A reader who has experienced suicidal tendencies with a close friend or family member may have wondered: What if my judgment is wrong? Maybe I’m overthinking it and he or she may not be trying to kill himself or herself? What if he or she is angry with me if I ask? These are, of course, all very natural tangles and worries.

However, the most important rule of suicide intervention is the sooner, the better! You need to keep in mind that your concern and questioning will not lead to suicide, but is a valuable opportunity for you to show your concern and help the person. We suggest you might begin your inquiry by asking the following questions:

“I’ve been concerned about you lately. Are you okay?”

“You seem to have changed a bit lately, and I wanted to ask you how you are doing?”

“You don’t look much like yourself. Can we talk?”

“When did you first notice these changes in yourself?”

“Can you let me help you? Tell me, what do you need my help with?”

Some language has proven to be comforting to suicidal friends, for example:

“I’ll be there when you need me. You’re not alone!”

“I may not fully understand what you’re going through. But I care about you, and I want to help you!”

We recommend you listen more and remember that even if you have experienced no training in counseling, your concern for a person is the most helpful thing you can do. We do not recommend doing the following things:

We can prevent suicide. Scientific knowledge and the right attitude are important forces in preventing suicide.

Author’s Bio: My name is Carl Lee, and I have a Master’s degree in Psychology. I have been working in the mental health field since I graduated. Our company website, www.sandaki.com, is also a platform for people to share their stories about depression and anxiety.

This article was published with the permission and cooperation of JosephBinning.com.

Carl Lee is a guest contributor to JosephBining.com.

Because we strongly believe that all life matters and is important we thought it appropriate to share this important message.

Life Happens for Us, Not to Us 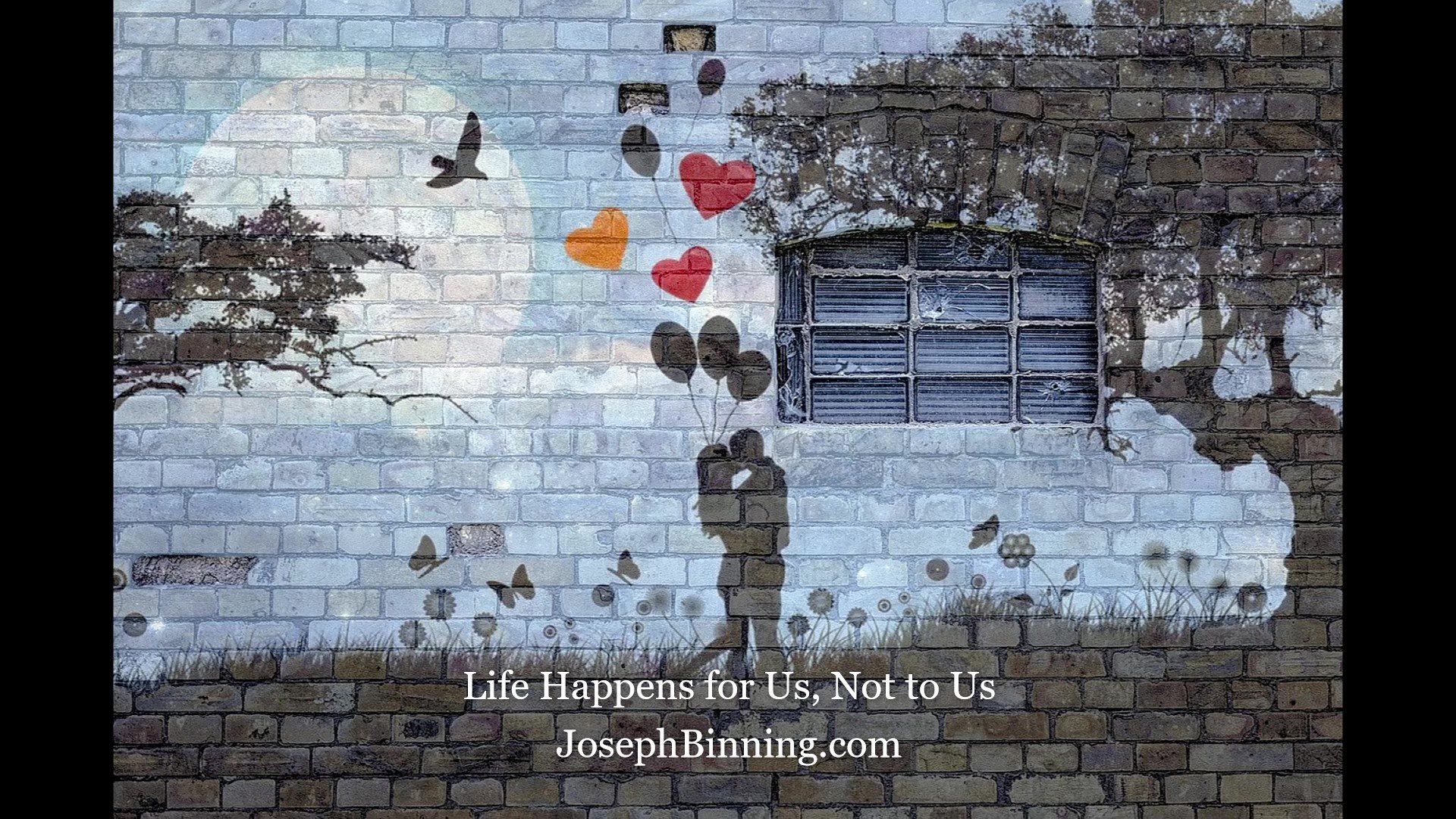 Life Happens for Us, Not to Us

“Life is like a box of chocolates. You never know what you are going to get.”

Ever feel you are just reacting to life? Like you have no say in the matter? Does it seem like your world comprises you waking up, going to work, coming home, going to sleep, and then you die?

You are not alone. Millions of people do not know why they are here. What it is you are supposed to do to make your mark on life. Beyond the thought of getting married, having children, working for forty-plus years, and waiting for that last moment when you breathe your last breath.

Life happens FOR us, not to us. We just have to look at things a little differently in order to clear out the fog so we can see clearly.

Struggles in life come from our expectations of how we believe or think our lives should or should not be. But when we consider the power and wisdom of the source that created you, you can trust that something greater than us is at work and that your choices, combined with your higher source, come together to create an incomprehensible tapestry of greatness and beauty in your life.

The truth of the matter is that life is not happening to you, it is happening for you. You create your own life. You, and only you. The direction you go to directly results from choices and decisions you make for your life, not the result of what has happened to you.

“You are essentially who you create yourself to be and all that occurs in your life results from your own making.”

Changing this mindset to go from victim to victorious, from having no power to having all the power, takes courage. It requires courage to change your mindset after believing something your entire life for change to happen.

Courage means taking risks. Doing things differently but doing them! It means being afraid of something but not letting it stop you from achieving your goals in life. It means not listening to the voice in your head that is screaming “STOP” and doing it, anyway. There is only victory when we enter the fight.

“He who is not courageous enough to take risks will accomplish nothing in life.”

It requires change for anything great to happen in your life. Most people, secretly or openly, are afraid of change. Change is uncomfortable. It makes people nervous. The voices in the back of your head might do its best to convince you “this isn’t a good idea”, or “lets do this another time or another way.” Don’t listen.

Changing the way you look at the struggles in life will actually improve your life. Rather than asking “why me”, ask yourself “what am I supposed to learn?”

Change, like eating an elephant, is best done in small steps. Easily achievable steps. Don’t attempt to change everything unless you have the willpower to follow through. Otherwise, take small consistent achievable steps, gradually increasing them once you gain momentum.

“You’ll never change your life until you change something you do daily. The secret of success is found in your daily routine.”

Belief is the next step. Wanting to do something but not believing you can achieve the goal or dream is the number one killer of dreams and goals. It will keep you on the sidelines and never let you even get into the game, let alone win.

“The start is what stops most people.”

Belief that you can achieve the goal or dream will get you to the finish line, even if you don’t believe you have the ability, willpower, strength, or means to accomplish it. Belief, especially in yourself, is a choice. Choose to believe.

“If I have the belief, I can do it, I shall surely acquire the capacity to do it even if I may not have it at the beginning.”

Gandhi-referred to as “Father of the Nation of India,”

With each victory, no matter how great or small, you will implant in your brain that you can achieve your goal. Once you find you can do something, it is easier to repeat it. This is true with both good and bad. Each time it gets easier to win or lose, to achieve or fail.

With each victory you create a track record in your mind of what to do in that situation or circumstance so when you face it again, and you will be, repeat what you already have done. Don’t reinvent the wheel, just repeat it.

History will always repeat itself unless you study it. With each victory or step in your journey, reflect on it. This does two things in your mind:

Reminding yourself that yes, you can do it, is the most rewarding and positive reaffirmation that you are strong, that you can do whatever you want and not fail if only you start and not quit.

Manticore is built with a responsive layout, which means it automatically adapts to the viewing device.

Manticore will expand and contract accordingly to the size and resolution of the screen, whether mobile, tablet or desktop.

Move, resize, and configure content in a matter of seconds with Layout Manager.